Wharton Stories » From Engineer to International Investor: Making the Most of your MBA Internships

From Engineer to International Investor: Making the Most of your MBA Internships

“A Wharton MBA comes with the opportunity to explore without failure.” – Maria Nikopoulos

My Journey: Working in Three Countries in Two Years

When I first arrived in Philadelphia to attend The Wharton School, I thought I would be one of the few engineers in my MBA class. I wasn’t. Instead, I was welcomed into a diverse cohort that inspired me to explore new career paths. One of the most valuable things that a Wharton MBA provided me with was the opportunity to intern, to test-drive a new career, and to do so with the security of not being able to fail during my time as a student.

During my first year, as part of Wharton’s core curriculum, I took a class on Managing the Emerging Enterprise. During a session led by Dr. Exequiel Hernandez, where we learned about building businesses in emerging markets, several Wharton alumni were invited as guest speakers to share their experiences, including Jay Lanners WG’17. Connecting with him after class sparked my interest in the venture ecosystem and the opportunities available abroad; this was the start of my journey to becoming an investor.

I knew I wanted to explore VC during my summer internship, but I also wanted to experience the startup side. I took advantage of the time I saved commuting to and from campus during my first year (thanks to the Covid-19 pandemic) to intern remotely for a sports-tech startup, Breakaway Data (spin-off of Gains Group).

During the summer, I was off to Mexico City to intern with Wollef, an early-stage venture capital fund investing in Latin American startups. I loved my role, and I continued working with them remotely during the school year from Philadelphia. During my second year I realized that the summer after graduation was one of the last times that I’d be able to explore something new. Following graduation, before my full-time role started at Wollef, I relocated to Athens, Greece to spend the summer interning with VentureFriends, an early-stage fund investing in Europe, Latin America, and MENA. Interning in three different countries, with three different teams, was one of my favorite things about my MBA experience. Each one of my classmates had a very different 2-years, filling their time with their own pursuits. For me, these internships shaped me and led me to my full-time role with Wollef in Mexico City where I’m based today.

I was excited to intern abroad for two main reasons. The first was to be challenged. I grew up in North Carolina before making my way to New York City and then Philadelphia. Venturing outside of the US (and the East Coast) was a bucket list item that had previously been fulfilled by taking vacations. Traveling to a new place is awesome,

but living in it and working alongside professionals from a different culture exposes you to a whole new set of challenges. I wanted to try something new and to know that I would be able to succeed no matter where I was at. Even if I didn’t find my fit during my summer internship, I knew I could come back to Wharton and recruit for something else. The second reason I wanted to go abroad was to learn a new skill set. I wanted to understand the qualities of other markets first-hand and to learn things that aren’t in a textbook or on a podcast. I wasn’t exactly sure what to expect but I knew I would grow professionally and add a unique set of skills to my tool kit.

How I Recruited for Something New

Recruiting for each of my internships was time consuming and just like many of my peers, I dedicated hours to LinkedIn searching and cold outreach. Ultimately, leveraging my network worked much better, and a friendly intro led me to each and every one of my internships. Convincing someone in a different country that you can bring value to their company in one summer came with a few extra barriers compared to the US. First, I was an outsider and although I was in tune with the local ecosystem and spoke the local language, I was new to their countries. Second, I felt that internships weren’t as standardized or common as in the US and I had to communicate my timeline and goals very clearly. Last, the decision-making process was slower than what I was used to. The single biggest piece of advice I would have for someone recruiting abroad is to be patient.

What did I learn?

I had three key takeaways from these experiences. The first, and most valuable takeaway was a new set of soft skills. Working with professionals in different cultures required me to be much more attentive to my own communication and how others would perceive my words. For example, I often felt that workplace communication in Latin America included a longer, less-direct way of saying things which resulted in an almost friendlier tone and required me to adjust. Side note, email lingo in a different language is an animal of its own.

The second takeaway was a new way of approaching a situation by first understanding my surroundings. I’ll explain this using an example. In Dr. Hernandez’ class, we studied Uber’s global expansion. During my internships I got to see firsthand Uber’s presence at different levels in Athens where the app is linked to the local taxis and in Mexico City where the service is as quick as New York City. Living the pain points of both public and private transportation gave me a deeper perspective on Uber’s strategy that I had studied in class. Investing from within a region is similar, to really understand the pain points your target company is solving, you must live them, and for that reason I felt living in Latin America would give me an edge as an investor in the region.

The last key takeaway I had after these experiences was a new tool kit of building up a network quickly in a new place both professionally and personally. Reaching out to alumni in each city and leveraging my network to meet friends of friends helped me develop a network before reaching each new city. Going to as many events as I could and following up with the people I met over coffee was one of my favorite activities.

I recently arrived in Mexico City and couldn’t be more thrilled to be at the epicenter of growth in Latin American venture capital. 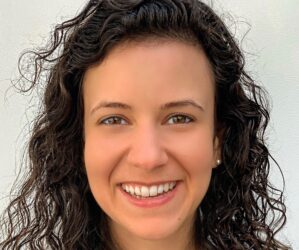 Maria Nikopoulos is an engineer turned investor who is passionate about the momentum that new technologies can bring to a community, a city, and ultimately impact an economy in the long run. She found her niche while pursuing her MBA at The Wharton School at the intersection of engineering & finance. Prior to her time at The Wharton School, Maria had the opportunity to design some of NYC’s most iconic buildings as an engineer with Jaros, Baum & Bolles. Integrating green equipment into her projects to lower the carbon footprint of buildings was her favorite part of the job because of the impact and contribution towards the city’s zero carbon goals. She also spent time in the nuclear power industry, working at the construction site of the first nuclear power plant that was being constructed in the US in nearly thirty years.

Bringing this love of innovation and engineering to Wharton, Maria found her niche as an investor after taking a class on emerging enterprises, connecting with alumni in the space, and discovering the venture ecosystem. Maria’s heritage is half Greek and half Argentine, she grew up speaking all three languages which ultimately led her to work as an investor with VentureFriends in Athens, Greece and with Wollef in Mexico City where she is currently. She’s also experienced the startup of the ecosystem with Breakaway Data, a spinoff of Gains Group. Maria loves proptech but invests across all industries and loves to see new ideas change her surroundings.